Manifesto of Arming~ By Ju Gheh Liang     Coutier Liang states:     The late emporer passed away before accomplishing half of his feat. The world is presently devided into three while Sichuan is sterile and ravaged now, and this is indeed the critical moment for our survival! The guarding courtiers never relax in the palace, and the loyal officials are all devoted to the battlefield. They contribute themselves to your imperial mejesty in memory of the late emperor's exceptional grace to them. Thus, your imperial majesty, you should open your ears and listen to them to glorify the late emporer's legacy of virtue as well as to enhance the morale of these loyal coutiers, and your majesty, you shouldn't look down on yourself, neither should you block their advises with the distorted analogies. The palace and the office of prime minister are in unity. There shouldn't be any discriminations among the rewardings to the virtuous and the punishment to those who make mistakes. Both the criminals and the virtuous should be dispatched to their due places for the treatment which they deserve in order to highlight your equal and just governance. Therefore, your imperial majesty, you shouldn't favor anyone and differentiate the laws within and without the palace. The high secretary and the vice ministers, Guo Yo-Chi, Fei Yi and Dong Yun are all righteous and honest with pure and loyal mind. They were all promoted by the late emperor to aid you. I think every affair, whether important or trivial, in the palace could be scrutinized by them before the execution, and then there shouldn't be any errors. General Shang Chong is a virtuous person with plenty of military knowledge. The late emporer praised him able when he was in his probation period. Thus everyone suggested he be the marshal. I think you could entrust him to manage everything in the army and he must be able to consolidate all soldiers and arrange a due post for each one. Getting long with the wise and virtuous courtiers and leaving away the vile and pleasimg people, that's how the West Han Dynasty rose. Getting along with latter and leaving away the former, that's why the East Han Dynasty fell. Whenever the late emporer talked about it with me, he always repented of what Emporer Hwan and Emporer Ling had done. The ministers, vice ministers, administrators and staff are all loyal and virtuous courtiers. I wish you could believe and trust them, and the imperial family of Han will rise again in the near future.     I was just a common farmer cultivating alone in Nan-Yang. I just wished to survive in such a chaotic world without being known to any princes. The late emporer didn't care about my humble background and degraded himself to visit my shabby hut three times in person to ask me the situation under the heaven. I was so grateful to him that I promised him to devote myself to him for all my life to return his grace. Later, since we were seriously defeated and nearly terminated twenty-one years ago, I have been assigned the position of the general military advisor. The former emperor knew I am prudent, thus he entrusted me the important missions when he was passing away. Since the grand assignment, for every day and night, in fear of staining the late emperor's reputation, I have been worried if I fulfill the mission which the late emperor entrusted me. This May we crossed the Lu River and marched into the deep sterile field. Now the south is all pacified, and the arms and soldiers are both fully recruited, it's time that I, with all my endeavors, lead the troups northward to regain the central land, expulse the vile villains, restore the Han Dynasty, and resettle in the ancient capital. This is all I could do to return the late emperor's grace and fulfill the position you grant to me. When it comes to weighing the benefit against the loss and advising, Yo-Chi, Yi and Yun will take their responsibility. I wish you could entrust me the mission of eliminating all the national rascals. If I fail to achieve it, I'm willing to take the punishment to console the soul of the late emperor. If Yo-Chi, Yi and Yun fail to well advice, they should also be punished to demonstrate their mistakes. And your imperial majesty, you should also speculate for yourself and accept all good advices to follow the edict the late emperor left to you. I couldn't be more grateful to your and the late emporer's favor. Now I'm leaving, in front of this manifesto with tears on my face, I dont know know what I've said. 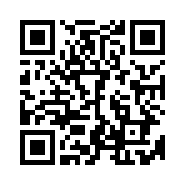