Q: I control a Chalice of the Void with no counters on it. My opponent casts Engineered Explosives for  to destroy my Chalice. Can he really do that?

A: Yes, he can, as long he has a source of actual colorless mana. He chooses X=1 and pays the cost of one generic mana with one colorless mana. Your Chalice won't counter his Explosives because it looks at the chosen value of X and sees a spell with a converted mana cost of 1. The Explosives' sunburst ability counts how many colors of mana were spent to cast it, and there are zero colors in , so the Explosives enter the battlefield with zero counters.

Q: So let's say Player A has a Chalice of the Void on 0, and Player B has a Hive Mind. Now player B casts Pact of the Titan with nothing else on the stack on his turn. What exactly happens?
A: When the Pact is cast, both the Chalice's and Hive Mind's abilities trigger. The triggers go on the stack in Active Player, Non-Active Player order, so first the Hive Mind trigger will go on the stack, then Player A's Chalice trigger will go on the stack. Chalice of the Void will counter it, and since the game needs to know something about the Pact and it's not there anymore, it'll use last-known information to create the copy. Player A will need to find some way to make  by his next upkeep!

Q: My opponent controls a Chalice of the Void with two counters and I cast a kicked Breath of Darigaaz. Will the Chalice counter my spell?

A: Sadly, yes. A card's converted mana cost depends entirely on the mana cost that's printed in the top right corner of the card. Regardless of whether you pay the kicker, the converted mana cost of Breath of Darigaaz is 2, so you unfortunately wasted a card and  on this play.

Q: If there's a Chalice of the Void on 1, and I cast Flusterstorm, do I still get copies? Are the copies countered?

A: You will get copies, and they won't get countered! When you cast Flusterstorm, both Chalice of the Void and Flusterstorm will trigger. Chalice will counter the Flusterstorm, but no matter whose turn it is, Flusterstorm will still create copies even if it's countered before its storm trigger resolves. Chalice of the Void doesn't say you can't cast spells with converted mana cost equal to the number of counters on them, it just says that they're countered when they are cast. And the copies aren't cast, so they won't trigger Chalice again.

Q: My opponent has locked me out of my cheap spells with a Chalice of the Void at 1. If there's a Trinisphere on the board, can I Brainstorm for 3 and not get it countered?

Q: Can Wear // Tear destroy a Chalice of the Void?

On the stack, a split card only has the characteristics of the part of it that actually got cast. So if you cast Wear by itself, you're casting a spell with a converted mana cost of 2; it will successfully destroy a Chalice with either 1 or 3 counters, but be countered by a Chalice with 2 counters. If you fuse, casting both Wear and Tear, then you're casting a spell with converted mana cost 3; Chalice will only counter it if the Chalice has 3 counters (though keep in mind you'll need an enchantment to target in this case, as well as an artifact).

Published on 06/02/2014
Q: My opponent has a Chalice of the Void with one counter; is there any way to destroy it with Shattering Spree?

A: There is! All you have to do is use replicate — although the original Shattering Spree was cast, and will be countered by the Chalice, copies created by replicate aren't cast (they just get created directly on the stack) and so the Chalice won't counter them.

Q: With Chief Engineer, can convoke pay for Chalice of the Void?

A: Yes, it can. When casting a spell with X in its cost, you first decide what value you want X to have, and then pay whatever cost you'd need for an X of that value. So if you wanted to play Chalice with one counter, X would be 1, which makes the mana cost 2, which you can pay by tapping two creatures.

Q: If my opponent controls a Chalice of the Void with one counter on it, is it legal for me to cast a one-mana spell and see if they miss the trigger, or do I have to point it out?

A: In tournament play, only the controller of a triggered ability is responsible for remembering it and ensuring its effect happens. So if your opponents miss their own Chalice triggers, you're within your rights to let them do so, and have no obligation to remind them about it when you cast spells the Chalice would counter.

Q: My opponent controls a Chalice of the Void with one counter on it, and I have an Isochron Scepter with a Lightning Bolt imprinted on it. If I cast the Bolt off of the Scepter, does my opponent's Chalice counter it?

A: Yes. Isochron Scepter tells you to copy the imprinted card and then to cast the copy. Even though the copy is not represented by a card, you're casting a spell, and that spell's converted mana cost is 1, so the Chalice's ability triggers and counters your Lightning Bolt.

Q: I know in a tournament if my opponent has a Chalice of the Void, I can try to sneak a spell through and hope they forget about the trigger; that works with Sanctum Prelate, too, right?

A: No. Chalice of the Void has a triggered ability which counters spells; Sanctum Prelate's ability isn't triggered, and just flat-out forbids casting spells of the chosen CMC. So there's no way to make someone "miss" it by casting a spell of that CMC, since casting the spell is forbidden

Q: I have a Chalice of the Void with one counter and a Cavern of Souls in play, naming Merfolk. I know I'm responsible for remembering my own triggers, especially detrimental ones, but if I cast Cursecatcher through the Cavern, do I really need to indicate the Chalice's trigger when it doesn't do anything?

A: Not at all. Triggered abilities need to be acknowledged the first time they actually matter in some way, whether that's because you need to make a choice or because it has an impact on the visible game state. But a Chalice of the Void triggering and trying to counter an uncounterable spell never matters because it can't accomplish anything, so there's no need to demonstrate awareness of it at all, no matter whether it's beneficial or not.

Q: Andy controls a Chalice of the Void with one charge counter. Nancy is at one life. Suppose Andy casts a Gutshot targeting Nancy and saying nothing, fully intending to acknowledge Chalice's trigger once it would go to resolve but first wanting to see how Nancy would respond. Is this cheating under current policy? What if Nancy concedes?

A: Andy is allowed to do this.

He doesn't have to acknowledge the Chalice trigger until it would resolve, but he's not allowed to forget the trigger.

If Nancy concedes in response, that's her decision. Andy is in no way misrepresenting the game state or otherwise cheating and Nancy would be just fine if she just passed priority and forced Andy to counter his own Gut Shot.

This would be fine at any REL, though I would probably talk to Andy about sporting behaviour at Regular if Nancy complained. At Competitive REL, there's nothing to be said since Andy was playing by the rules and policies governing tournament Magic.

Q: I'm in a Regular REL tournament, and I control a Chalice of the Void with one counter on it. I cast Goryo's Vengeance targeting a legendary creature card in my graveyard, and my opponent pays 2 life to cast Surgical Extraction targeting that card. While we're in the middle of resolving Surgical Extraction, I realize that my Chalice should have countered the spell. What happens now? Did my opponent cheat?

A: Well, there's a lot to unpack here. First off, if something like this happens to you in a tournament, you should call a judge, and then the judge will decide what needs to be done. The document that guides the judge's ruling in this case is Judging at Regular REL, and this situation falls under "A player forgets a triggered ability." Since you didn't acknowledge the trigger at the time it had a visible in-game effect, you missed it. If the trigger were optional, the judge would simply assume you chose not to perform it, but Chalice's trigger is mandatory. The only possible fix is to put the trigger on the stack now unless doing so would be too disruptive to the game, but it doesn't really matter here since Surgical Extraction is already resolving. The Chalice trigger would resolve after Surgical Extraction has finished, so putting the trigger on the stack now is pointless. Backing up the game to before Surgical Extraction started to resolve is not an option, so Surgical Extraction will finish resolving no matter what the judge decides.

This leaves the question whether your opponent was cheating, and the answer to that is no. While what your opponent did was not very sporting, it wasn't illegal, so it can't be cheating. Your opponent is not responsible for your triggered abilities, and they are under no obligation to point out your missed triggers. I understand it feels bad that your opponent was able to sneak a spell past your Chalice, but if it's any consolation, players who rely on their opponent's mistakes to win tend not to make it very far in tournaments. 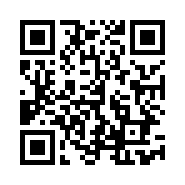